Colors is basking in glory with its new reality show India Banega Manch from 7th May onwards which is happening and thrilling with live audiences cheering for the participants performing on the streets of metro cities. The idea of India Banega Manch has been adapted from an Israeli show Win The Crowd. India Banega Manch will be telecast every Saturday-Sunday from 9 pm to 10 pm on Colors. Audiences watching the performances on the television can also get an exciting feel of being present over there.

The format of this new show will see no judges, no glamour, and no studio. Performances will have to grab the attention of the number of people viewing the participants performing on stage who will further decide marks through placards.

The show is hosted by Actors Mona Singh and Krushna Abhishek who will be entertaining the audiences with their boosts and jokes. Performances will be showcased at popular locations like Juhi Beach and Kala Ghoda in Mumbai, Red Fort and Dilli Haat in New Delhi, and Princep Ghat and New Market in Kolkata, and many other locations. 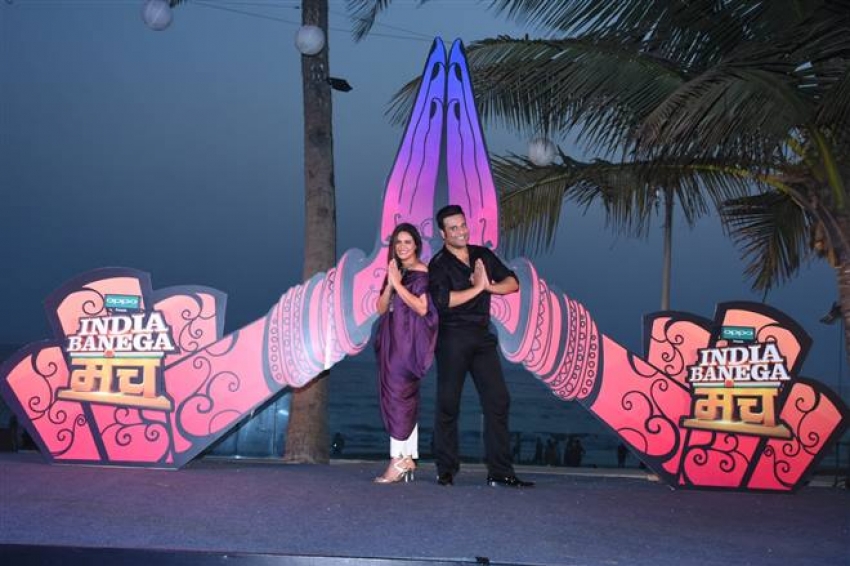 The top performer at every location will be winning an opportunity to race for the Jeet ki Seat. Its first episode was shot at Mumbai’s Juhu Beach where Mona and Krushna discussed about the new concept along with some amazing performances that took place in an hour’s time. Few highlights of that evening covered outstanding martial art act by Chak De girls, solo dance by 7-year-old Pritam, and The Bomb Fire crew who danced funnily in Charlie Chaplin dress.

Audiences thought India’s Got Talent is coming up in a new style as it’s also the most popular reality show on Colors. Raj Nayak, the CEO of Colors conveyed, “When we execute a new show altogether, whether it is fiction or non-fiction, one question clicks our mind that how that show will be distinct from the other, what will be specialty of the show and in what way we can achieve higher target! Colors already had India’s Got Talent which exhibits talents across the country. Our new show India Banega Manch should be different in the sense that it won’t have any judges, studio or glamour attached to it. It’s tough to shoot a live performance on the streets with so many people gathered and also with hidden cameras in public place which is yet another challenge.”

The new format will be emphasized via varied GIFS, creatives and pictures that talk on the vital aspects- “No Judges, No Sets, No Hosts – Only Talent”. The main sponsor for this show will be Oppo.

Launch of India Banega Manch by its team (Daily Bhaskar)

Under the production of BBC Worldwide Entertainment, Colors’ India Banega Manch is a powerful talent related show that will show magnificent performances by the participants in solo and groups, every Saturday-Sunday from 9 pm onwards! You can also download Colors app to watch the latest LIVE performances of India Banega Manch!

10 Best Sightseeing to Explore in Chandigarh