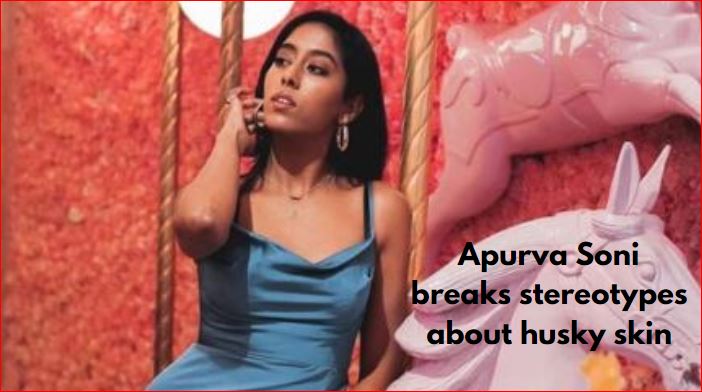 Hailing from the historic city of Rajasthan, Apurva Soni is all set to make her smashing Bollywood debut with the web series ‘Andekhi’. In this lucrative profession, where raw talent is the only parameter that sees you through, Apurva Soni has battled with her set of obstacles and hurdles while paving her path towards her Bollywood debut.

Following a trajectory similar to Deepika Padukone, Priyanka Chopra, Sushmita Sen and other talented actresses of the industry, Apurva Soni has done several modeling assignments. She has grown from strength to strength while earning several accolades and appreciation in the modeling world. While the Indian constitution preaches that we should not discriminate based on caste, race, sex, religion, etc., we continue to do it, while 2019 is dawning on us. Apurva, who has been on the receiving end of this meaningless racism, recalls that she had to face harsh comments springing up from her family on her dark complexion.

Merry Christmas to all !! 🎄 #merrychristmas #apurvasoni

Apurva Soni believes that being dusky is being beautiful

Apurva said, “I vividly remember being singled out for having a dark complexion. My relatives, family friends and people close to me left no stone unturned when it came to criticizing me on my color. I am thankful for having my immediate family being supportive of me and my aspirations.” Things took a turn for the good when she went to Delhi for her further education. She was positively surrounded by people who focussed on her work and her dedication and excellence at it. With MTV India’s Next Top Model Season 3, her talent was highly appreciated by the judges and the audiences all across the country.

With substantial and respectable modeling fame to her name, she is working hard towards carving her film career. With Andekhi gearing up to release, she has several other good projects in line for her. On a positive note, she says, “All those who criticized me made me a stronger person and my parents’ constant support helped me sail through the tough phase of my life.” With her attitude towards life and talent, she will create a space for herself in this world of acting.

Apurva Soni, hailing from Jaipur (Rajasthan) became the hot model after taking part in MTV’s INTM reality show Season 3 that held in October 2017. She even became a known face for various brands and TV commercials. She is now all set to take a big leap into the acting world, also making her appearance in a web series, Andekhi produced by Applause Entertainment. Cheers to the bold Apurva Soni who broke the stereotypes about the husky colored skin as she rides high in her career!