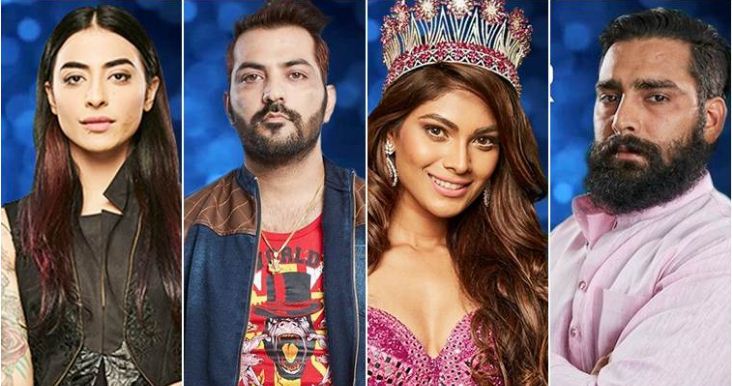 
Bigg Boss stands as the most popular reality show on Colors channel every year, as its viewership cross the world is increasing with every season. Bigg Boss lovers are crazy to hear his strong voice and of course, watch Salman Khan on Weekend ka Vaar from October to January. Till date nobody has seen Bigg Boss, but his voice will extremely appealing. The contestants who participate in this show are always thankful to him for giving them a great stardom and popularity. Bigg Boss which began in 16th October 2016 is ending its 10th season on Sunday, 29th January 2017. Who’s going to be the Bigg Boss 10 winner among the four finalists- Manveer Gurjar, Manu Punjabi, Lopamudra Raut, and Bani Judge, will be announced by Salman Khan on Sunday.

The winner of season 10 will get Bigg Boss trophy and 40 lakh rupees. It is completely in the hands of the audience whom they will vote the most- Manveer, Manu, Lopa or Bani! As people are voting for their favorite contestants in huge numbers from Colors app and Colors website, it would be tough for the Bigg Boss makers to count them, but may the best contestant win this show! It would be the last night on 29th January for the remaining four contestants in the Bigg Boss house. Obviously Bigg Boss 10 will declare the fourth and third contestant among Manu, Manveer, Bani and Lopa who will exit out from the house, getting the least votes, which might be Lopa (3rd spot) and Manu (4th spot).

It would be magnificent to watch the Bigg Boss celebrations on its grand finale night, after which host Salman Khan will announce the winner’s name. This season will mostly see Manveer Gurjar as the winner as he is the real winner in this show, completing Bigg Boss tasks sincerely, and winning few tasks too.

1# Manveer Gurjar: Manveer is the strongest contestant of this season and he has secured his first finalist position winning Bigg Boss’s hard core bungee cord competition. From the beginning of Bigg Boss 10, Manveer has a fighting spirit and great enthusiasm. He has always entertained the other contestants, fought for them when needed, taken his stand, and grew bond with Manu, and Mona and even developed a beautiful friendship with Nitibha. He is overall a wonderful team player, and has 100% chances to win this show. He is a real hero; being a dairy owner, he has become hugely popular and people everywhere have been great fan of Manveer. 2# Manu Punjabi: Manu Punjabi is the most happening and yet another strong contender in Bigg Boss house. Manu who has his own real estate business and also participated in a reality show of Life OK, has not only become a celebrity, but also has been a game player, intelligent, shrewd, full-on entertainer, and even as a fighting spirit. Manu was the second finalist from bungee cord game. Manu is expected to get 85% votes.

3# Lopamudra Raut: Lopa became the third finalist from bungee cord competition. Lopamudra Raut, who represented Miss United Continents 2016 and won the second runner-up, has played fairly in the whole season of Bigg Boss 10. She is fun-loving, smart, beautiful, and stands for her rights against other contestants. Lopa has 45% to win this show as only her fans will vote for her. 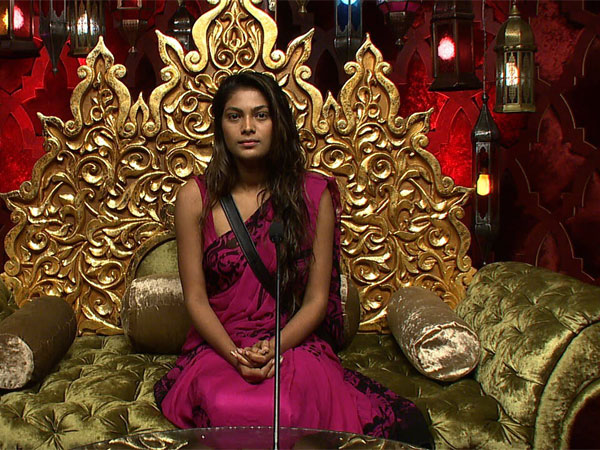 4# Bani Judge: Bani J who was a MTV participant and presenter, has a huge fan following. She was seen acting as selfish when it comes to eggs and her favorite foods, a person who was also seen fighting with other contestants, someone who didn’t interact with others in first two months, one didn’t complete her tasks, etc. It’s in January where she is noticed as mixing with other fellows, participating nicely in games. She has 76% chances to win this show. 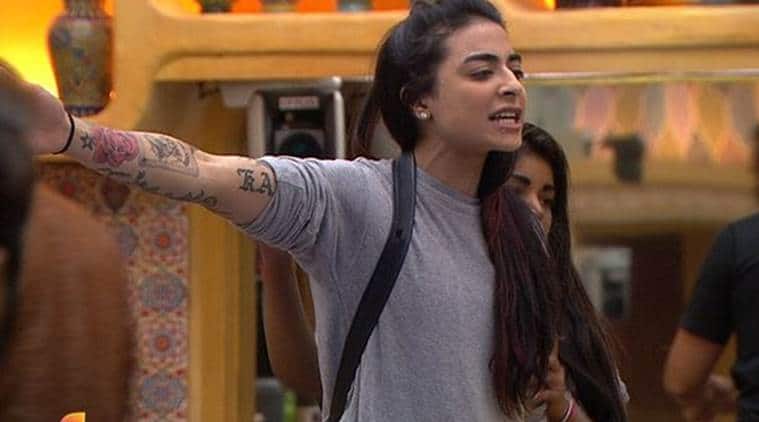 Bigg Boss will assign a court task to the four finalists. Manveer-Manu will be one team ‘Commoners’ and Lopa-Bani will be another team ‘Celebrity’. There will be few guests (panelists and judge) getting inside the house. TV actor Ravi Dubey and news reporter Shweta will be supporting team commoners, and TV actor Puneet and RJ Malishka will support team celebs, and Farah Khan (director) will be the judge. This will be the last task assigned by Bigg Boss where both the teams need to answer the questions of the judge and prove themselves right. Mostly the commoners will win the court task today.

Bigg Boss woke up the four finalists on day 103, Friday, with ‘Yaadon Ki Baraat’ song. Bigg Boss called Manveer, Lopa, Manu and Bani individually inside the secret room and showcased them their complete journey inside the house through wonderful snapshots, thus making them relive their moments. It was very emotional for all the four contestants who turned nostalgic and in tears after coming out from that room. They thanked Bigg Boss from the bottom of their hearts to give them such a remarkable opportunity through this journey inside the glass-walled house for four long months. Even the viewers were moved to see this episode as they too loved watching and supporting their favorite finalists.

Ex-contestants of Bigg Boss 10, Lokesh Kumari and Navin Prakash re-entered the house to have some fun with the housemates. Manu, Manveer, Bani and Lopa welcomed them happily. Lokesh asked Bani to share five good things about Lopa, on which Bani answered them quite nicely. Lokesh even gave point cards to all the four housemates. Navin gave a duty to Manveer to put a board around one housemate which read, ‘Main finalist banne ke layaak nahi hun’ and Manveer chose Manu, though it was played on a good spirit. 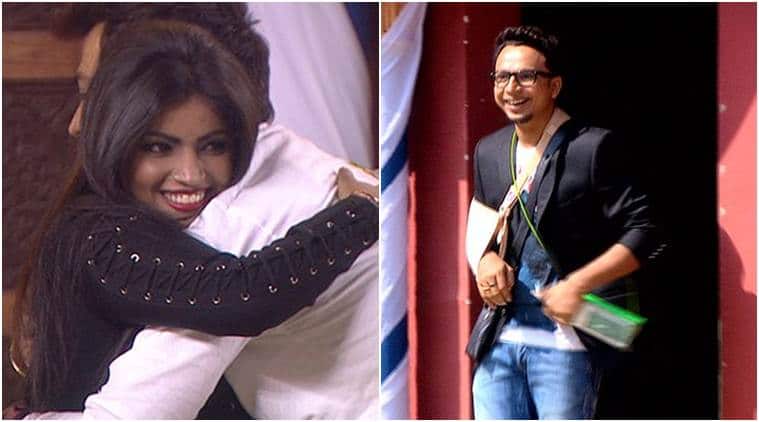 After Lokesh and Navin’s exit, ex-Bigg Boss 9 contestant Rishab Sinha too entered and remarked about Manu. Soon after, Bigg Boss applauded the four finalists Manveer, Manu, Lopa and Bani for performing superbly in all the tasks given to them. Bigg Boss even boost them saying that just like they had given their best in the tasks, they should succeed in their lives in whatever they do. The four housemates were excited to hear the praises and hugged each other tight in a group. They got teary-eyed and even thanked Bigg Boss for everything they have achieved here.

Rishab with Manu on BB10 (Times of India)

Bigg Boss season 1 started off in 2006, but took a break in 2007, but from 2008, there is no looking back for BB as they are continuing with their seasons every year in a much grand way. From 2008 till 2015, Bigg Boss invited only the stars belonging to TV, Bollywood, Hollywood, sports and fashion industry, etc. But in 2016 on the 10th season, Bigg Boss decided to invite commoners naming them “India Wale” in his house who can compete with the star contestants too. It seems now that India Wale has turned out to be popular stars too. Let us remind you about the winners of earlier seasons of Bigg Boss on Colors! Watch out for the Grand Finale episode of Bigg Boss 10 on Sunday, 29th January from 9 pm onwards with Hrithik Roshan and Salman Khan, and the four finalists! Hope you have all voted for your favorite contestant from Colors app and Colors website – be it Manveer, Lopa, Bani or Manu, in huge numbers to win the Bigg Boss title. All the four finalists are winners in their own way. Stay tuned! 🙂