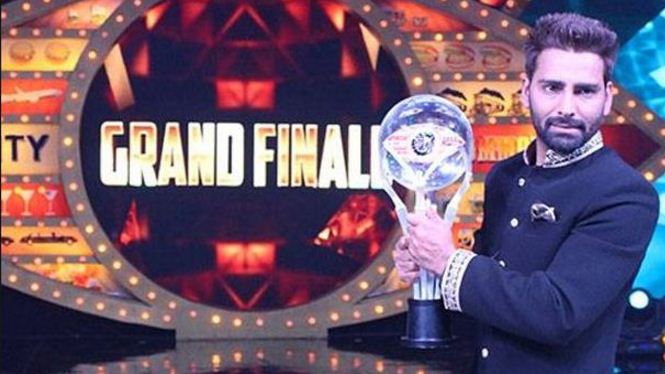 The tenth season of Bigg Boss has definitely turned out to be surprising, yet amazing with ‘aam aadmi‘ Manveer Gurjar wining the trophy on Sunday, 29th January. Undoubtedly the Indian Wale Manveer Gurjar has won the hearts of millions of Bigg Boss fans and lovers, and he is now a star! The common man Manveer who entered the house on 16th October has gradually turned out to be a popular face today. Manveer is certainly the most deserving contestant in the season ten, who has got the highest votes by the audience and gained the number one position. It was a proud moment for Salman Khan when he bestowed the trophy and cash prize of 40 lakh to Manveer Gurjar. 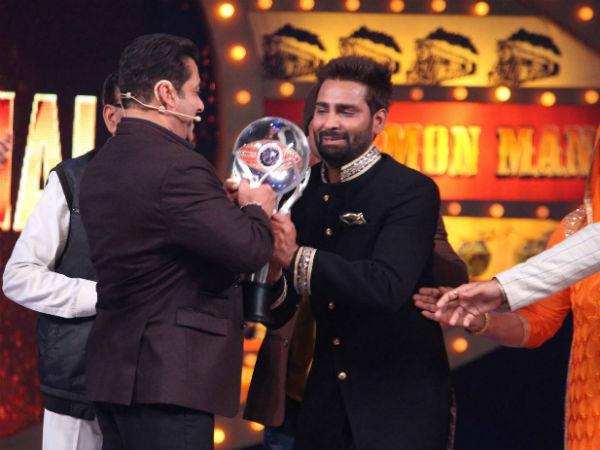 The much-awaited result day was on the day 105 when Manveer Gurjar out-beat the rest two finalists, Bani Judge and Lopamudra Raut in voting numbers. In the last task given by Bigg Boss, among the four finalists Manveer, Manu, Lopa and Bani, whoever presses the red button first will leave the house along with his/her 10 lakh rupees. Within seconds Manu Punjabi was the first one to pressed the button, and decided to leave BB 10 house with his 10 lakh rupees. 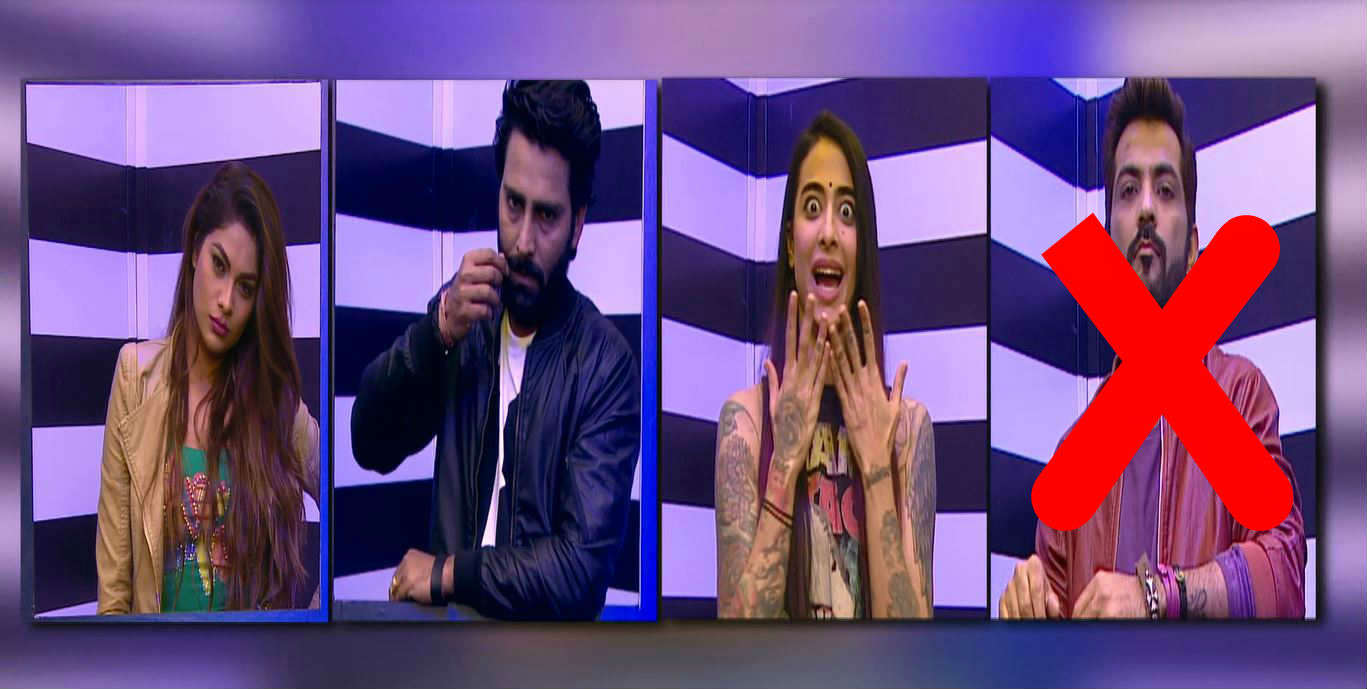 So it was only Bani, Lopa, and Manveer left in the house, when Salman announced Lopa’s name to come out of the house. Lopamudra Raut stood third as she got less votes than Bani and Manveer.

Then it was Bani V/s Manveer who were the top two finalists to compete for the Bigg Boss trophy. It was a superb moment captured when Salman lifted the hands of Manveer, and declaring him as the winner.

Manveer Gurjar gets the BB 10 trophy from Salman Khan (FilmiBeat) The finale evening will also be an awesome celebration where Karishma Tanna and Mouni Roy shows a sizzling dance performance on Prem Ratan Dhan Payo where Salman Khan too joins these beautiful girls. 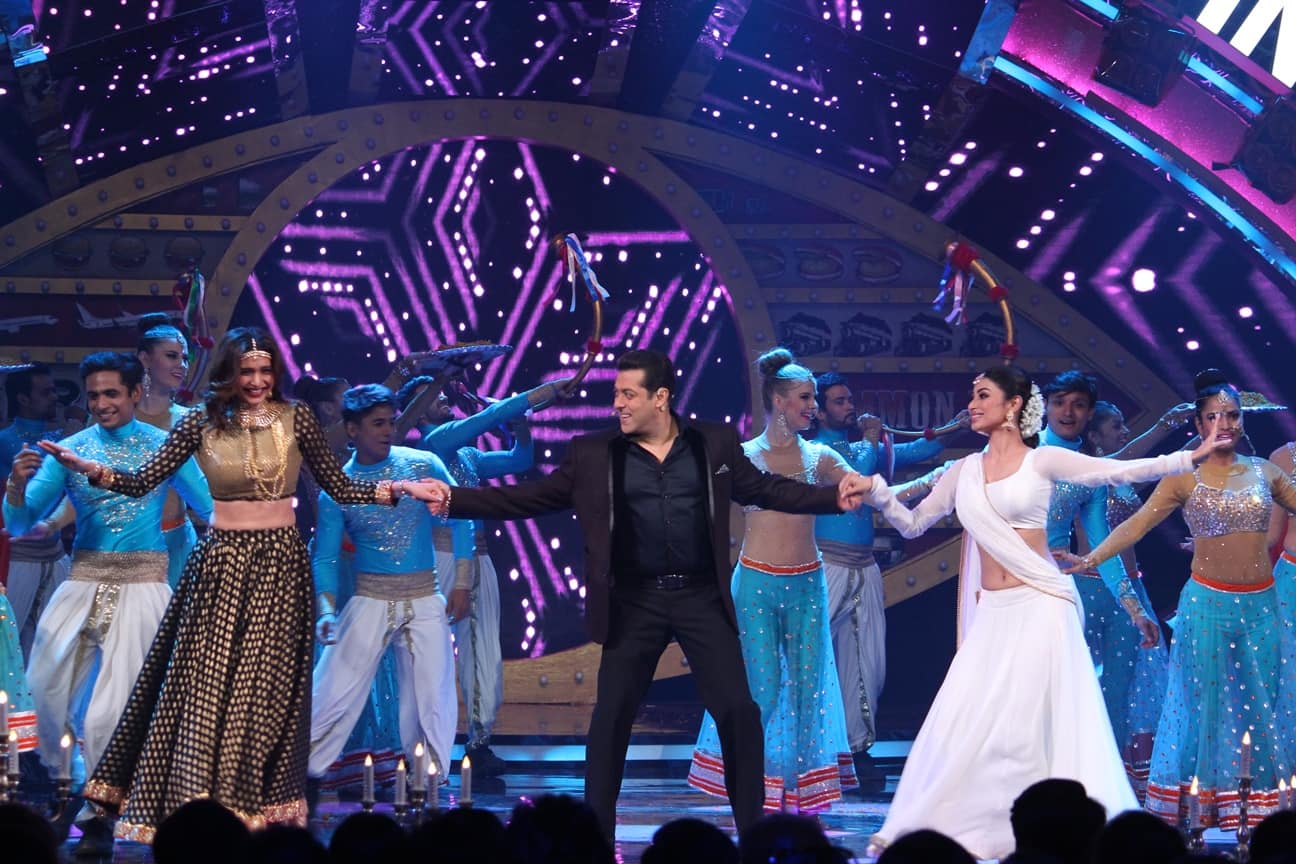 The celebrations added with Neha Dhupia and Sohail Khan to give a hilarious note, followed by a group of small comedians from Chhote Miyan Dhakkad [upcoming comedy show starting on Colors from February]. Salman Khan with kids on Grand Finale of BB 10 (SalmanKhanHolics)

Also, Rising Star’s expert Shankar Mahadevan and their team promoted their new singing reality show, ‘The Rising Star’ in between Bigg Boss grand finale, and Salman was also seen promoting this show so that people can download Colors app and vote for their favorite contestant LIVE on The Rising Star.

Bigg Boss makers had invited Hrithik Roshan and Yami Gautam as guests on the grand finale night who came to promote their released film ‘Kaabil’. Hrithik shake legs with Salman Khan on the Bigg Boss platform. 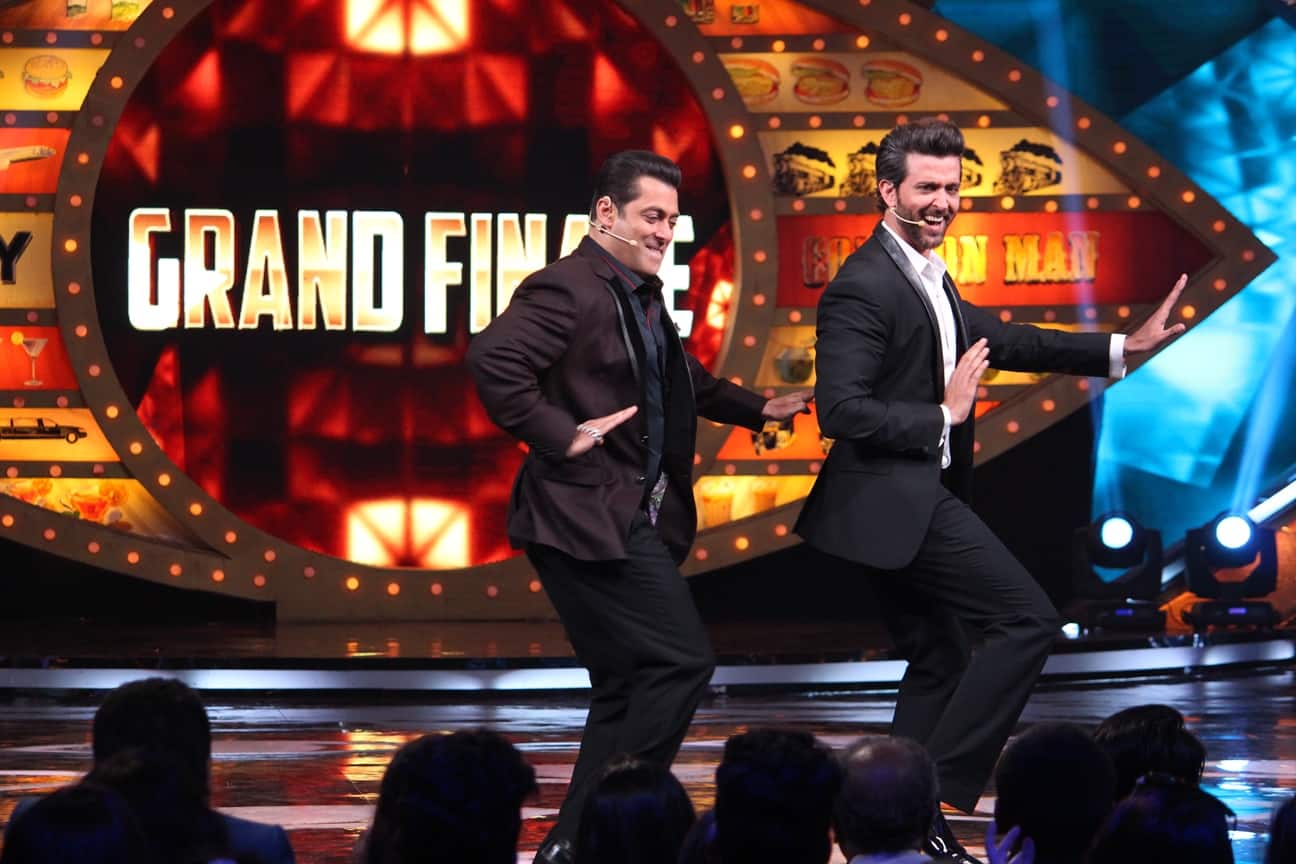 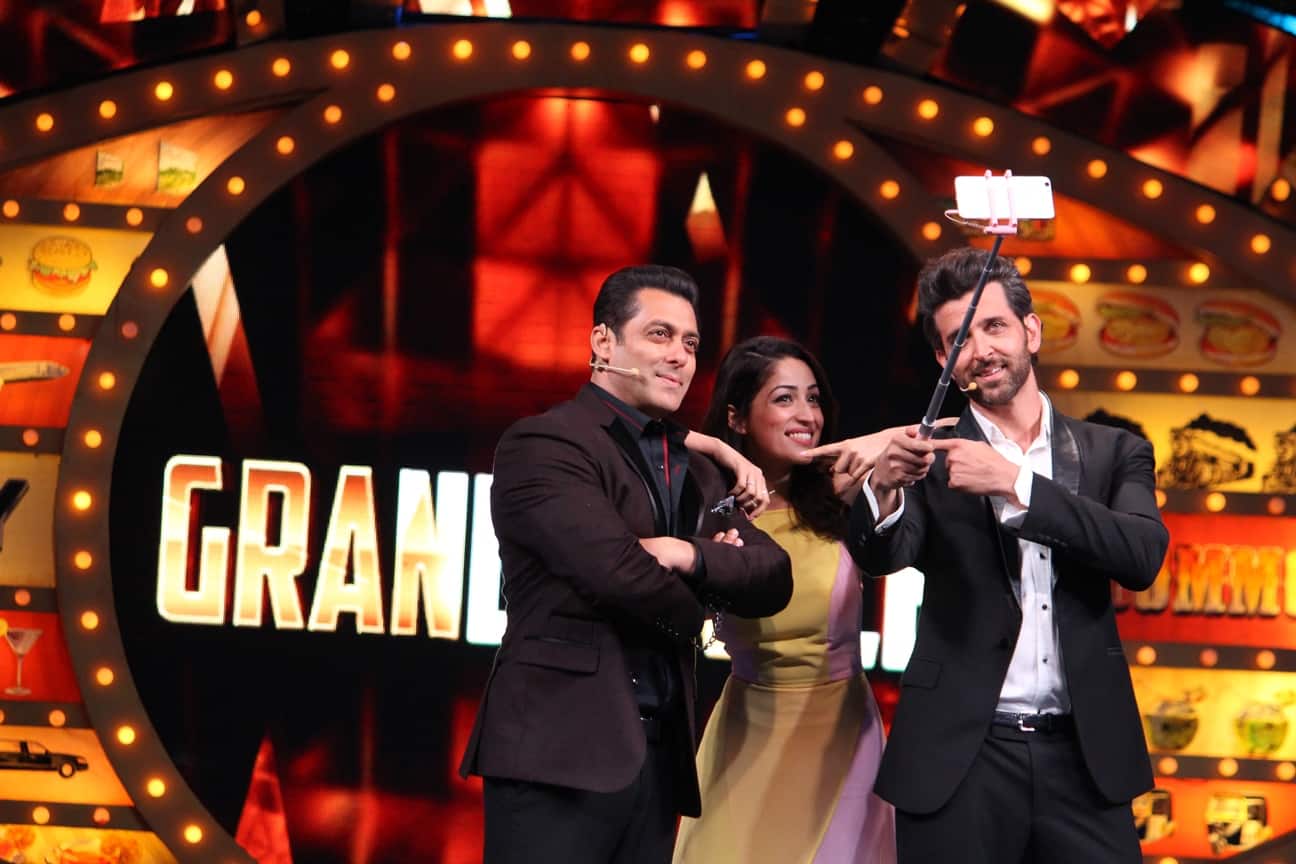 Congratulations to Manveer Gurjar for winning the grand trophy of Bigg Boss 10 show! He has surely earned a great fan following who have showered their love for him through immense votes. Even Salman Khan was too delighted in saying Manveer’s name as the real winner of Bigg Boss 10.

If you have missed seeing Grand Finale of BB 10, you can watch it on Voot. You can even watch the un-cut epsiodes on Voot app. Season 10 ends on a super note with Salman’s famous dialogue, then “do whatever you want to do man, but don’t trouble your mother.” Fans will definitely miss Bigg Boss and his powerful voice from now on, but catch you all  in the next season of Bigg Boss! 🙂