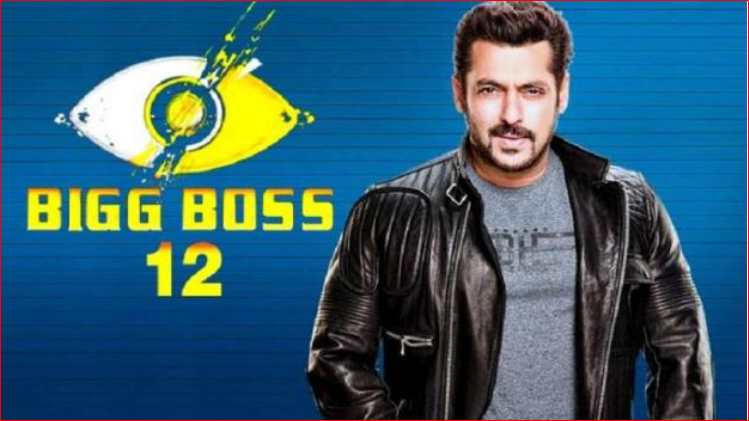 Bigg Boss is one of the most loved reality shows and much-awaited one for its fans and followers. This time Bigg Boss is making its grand premiere with the 12th season on Sunday, September 16. On popular demand from the audience, Colors channel has decided to kick-start the twelfth season of Bigg Boss from September because of few creative changes, instead of October, and end by December last. Hosted by Bollywood actor Salman Khan, Bigg Boss 12 will be telecast from 9 pm onward from Monday to Saturday, keeping its viewers full-to entertained.

This year Bigg Boss welcomes its contestants in the form of pairing. The makers have stated that the pair might be spouses, siblings, parents, friends, or co-workers as Bigg Boss contestants. The most controversial show Bigg Boss 12 is coming with approximately 21 contestants as a blend of celebrities and commoners. Once the commoners enter the Bigg Boss home, they too turn out to be celebrities as everyone comes to know about them. Let us explore more on yet another remarkable season of Bigg Boss 12!

Most Favorite Host of Bigg Boss 12

Salman Khan has been roped in by the Colors to host the Bigg Boss 12. Though every year he says on Bigg Boss that it is his last, but anyhow the Channel pays him a hefty pay-check, more than the last year. His Dus Ka Dum finished last Sunday on Sony and he straightaway shifts to Bigg Boss 12 on Colors. Also, he will be juggling between his current shoot for Bharat movie and Bigg Boss 12.

Bigg Boss 12 welcomes seventeen contestants including contestants and common people. Four guests have been invited on the show including Shilpa Shinde, Manveer Gujjar, and two Hindi News Readers, one among them is Neha Singh. This year too, there will be lots of entertainment, including fights, quarrel, performances, competitions, love, friendship, and many more to be witnessed in the house. Names of the 17confirmed contestants are mentioned below.

Shivashish and Sourav have come in jodis/partners.

As the jodi of Shivashish-Sourav seem stronger than Karanveer, he got the Toop Ki Salaami by Bigg Boss. Shivashish Mishra was firstly placed inside the glass room as a special guest, as he gets mukka. After 20-minutes, he is allowed to go out of the glass room.

Shivashish-Sourav is second in the slot as contestants to enter BB house.

As Saba Khan seemed stronger than her sister, thus Somi had to face Tope Ki Salaami by Saba. Well, Srishty, Saba and Somi Khan went inside the house together.

Deepak and Urvashi are known to be singer-student jodi. They both enter in the cage inside the Bigg Boss house.

Among four girls, Kriti Verma, Surbhi Rana, Roshmi Banik and Mital Joshi already inside the secret room of Bigg Boss house, audiences choose Roshmi and Kriti over other two by voting, who made their way to make their entry in the house. Though Roshni and Kriti were once-upon-friends, now they are enemies. They are the vichitra jodi.

Rules of Bigg Boss 12 to be followed by the contestants:

Unlike the previous seasons’ Bigg Boss house located in Mumbai’s Lonavala, this time the show promos were shot in Goa with host Salman Khan. According to the media reports, the invitees are welcomed to Goa. The launch of Bigg Boss 12 will cover dance performances by every contestant, along with their introduction by Salman. As they enter the house, they will meet the other contestants and get to each other better. Most probably this year BB house is created in the beautiful Goa.

This season’s theme is “Vichitra Jodis”. Hence, Salman will make a pair of the contestants into jodis as they arrive the stage. Every room of Bigg Boss 12 is designed, keeping in mind the ‘beach’ and its wonderful scenario. The rooms of the Bigg Boss house looks pretty refreshing. The whole setup including a drawing room, dining room, bedroom, swimming pool area, kitchen, bathroom area, garden area, will have a brand-new look giving the contestants beach feel! Bigg Boss Season 12 House Tour will look and feel awesome!

Girls and guys, are you excited for the 12th season of Bigg Boss? You must be keen to hear Bigg Boss’s voice (lend by Atul Kapoor) again. Yes, Bigg Boss 12 will start off with flying colors from 16th September from 9 pm daily, Monday to Friday, with Weekend Ka Vaar with Salman Khan on Saturday-Sundays at 9 pm. Audiences can also watch Bigg Boss 12, Extra Dose on MTV from 2-3 pm and 11-12 pm. They can also update themselves on Voot app. Do share your views and comments with us about the new season of Bigg Boss 12! 🙂