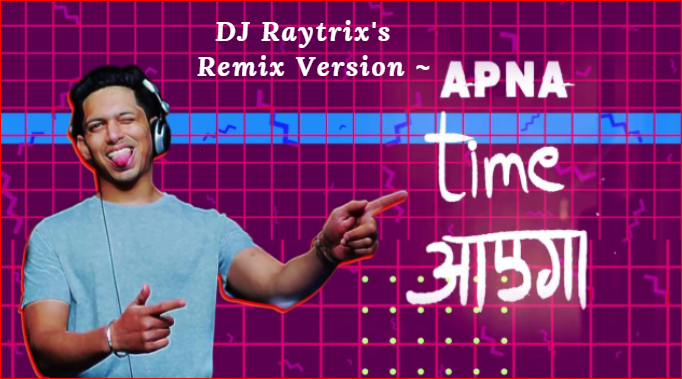 From being a senior instructor at a music academy to being one of the topmost DJs in the country, it has been quite a long and eventful journey for the Mumbai based DJ Raytrix. The DJ, who began his career in 2005, is known for his unique style of mixing that sets him apart from his contemporaries. Apart from being the resident DJ at the Kitty Su Club in Mumbai, he has played across several important venues across the globe.

What a mad night it was 🎧 Thanks Bangalore, I’ll be back. #BollywoodNight #commercialnight

Recently, he put together a small video clip on his social media pages which went viral in no time. The video in question is a remixed version of the track ‘Apna Time Aayega’ from the Ranveer Singh – Alia Bhatt starer ‘Gully Boy’ which released earlier this year. The original track was composed by Dub Sharma and DIVINE and written by DIVINE and Ankur Tewari. As you play the track and listen to it, you realize DJ Raytrix has assembled a string of powerful beats which add a unique spark to the song while retaining its original touch.

About remixing the track, he says, “Gully Boy is perhaps the biggest album to have arrived this year and ‘Apna Time Aayega’ has not just ceased to be a rap number, it has become an anthem which people are singing across the country. Remixing a rap number is slightly different from working on a regular Bollywood number. It was a unique experience and I thoroughly enjoyed it.”

DJ Raytrix has played for various film and TV personalities like Salman Khan, Neil Nitin Mukesh, Anurag Kashyap, Ayesha Jhulka, Karan Grover and Karan Wahi, among others but has no specific plans to get into Bollywood. Right now, he is looking at doing a lot of international gigs.

When asked how would he define his style of music, Raytrix said, “Bollywood is my forte and I love hip-hop too. I want to bring to the fore a genre called Bollywood hip-hop. A lot of people are doing it but they hesitate from playing it at the shows. I love playing hip-hop and Bollywood music on turntables.”

The young DJ, who has won twelve ‘War Of DJs’ so far, plans to come up with a few more short clips wherein he will be remixing a couple of more Bollywood tracks on his social media handles in the near future. Apart from India, he has been playing in Barcelona, Vienna, Zurich, and Dubai. His fans look forward to his many more remixes. If you’re one among DJ Raytrix’s fan, do share your views on his happening remixes!