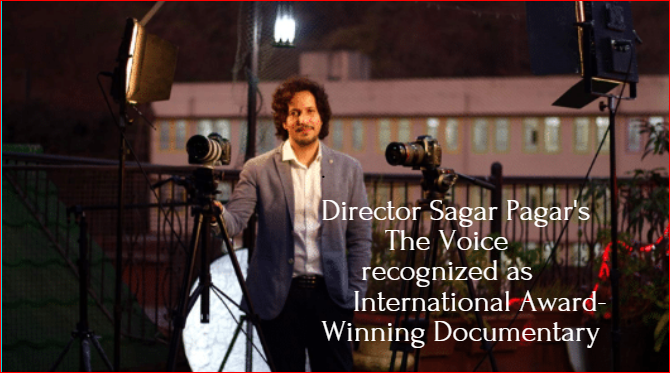 Startups are a new concept that has emerged in the last decade, earlier it was an endeavor to initiate an idea and turn it into reality through hundreds of hurdles. The biggest worry used to be capital. 22 Years back to start a business without capital was challenging.

Sagar Pagar, after finishing his education in IT, generated capital to initiate his own venture by offering door to door repair services at modest prices. Format Computers, his first venture, was established in Shivaji Park in 1996 with the intent to cater to the IT industry and was initially set up as Assemblers. From Assemblers, Format Computers modernized to wholesalers, to Retailers, to now being a service provider for laptop, desktops & CCTV installations. Fifteen years back, Format Computers were branded itself to “Aaryan Infocom” and has catered to over 2 lakh clients in the last 22 years.

Embrace the storms, they are also a part of the journey…. See the beauty of it, not the perils. #sagarpagar #quotestoliveby #thoughts #wednesdaywisdom #wednesdaymotivation #positivevibes #positivity #writerscommunity #writersofinstagram #storm #journey #embrace

Sagar, owing to his own personal experiences, aimed to create a ‘Temple of Healing’, to bestow the benefits of massage therapies to the masses. It led to brand “Areopagus”, the first and only Japanese Day Spa in the city, thus far, from its inception in 2009. Areopagus Brand is owned by Areopagus Spa Private Limited. Sagar Pagar is the founder and managing director of the company. Nine years back, he made this decision of a shift in career to a completely different industry. As it was never within his knowledge domain, and he had to commence from scratch. The base of all Areopagus therapies is “Shiatsu”, an ancient Japanese form of medicine, that is proven to be beneficial to human anatomy.

No matter what this new month will bring, I know that you are strong enough to cope with anything. May your spirit get stronger with every single day, and may your smile shine bright through your darkest days. #sagarpagar  #entrepreneur #newbeginnings #future #power #change #business #businessman  #passion #creation #reflect #create #brand #motivation  #ideas #concept #content

Areopagus currently has 4 outlets across Mumbai and focuses on physical, mental and spiritual healing through its mindfully conceptualized massage therapies. The brand till date has catered to over 5 lakh clients and has over 2000 loyal members.

In the midst of his 2 ventures, owing to his vested interest in the entertainment industry, Sagar perused film direction and founded Mitokondria Films in 2013, a production house that would cater to everything within one roof. A recent project of Mitokondria, “The Voice” is an international award-winning documentary.

Pleased to announce that my Documentary as Writer, Director & Producer ; "The Voice", has been bestowed with the title "Winner of Best Documentary Film" under category "Awards of Recognition" at the IndieFEST Film Awards USA, 2019. It is a social documentary on Mrs. Amruta Fadnavis, showcasing her efforts towards bringing a change in the society. Watch the film on our Mitokondria Youtube Channel. Link in the bio

Sagar Pagar had directed a video documentary this year named “The Voice” on Mrs. Amruta Fadnavis, wife of honorable CM of Maharashtra, Mr. Devendra Fadnavis. It has been hugely acclaimed and is expected to be screened at various platforms, including a few festivals soon.

One of my recent projects that is closest to my heart because of the inspiring message it delivers. “The Voice” – Documentary on Mrs. Amruta Fadnavis, a woman who loves her country as her own. The film is an effort to showcase her work and contribution towards the society, with her every initiative targeted towards the upliftment of the under privileged. An true embodiment of what every citizen of every country should aspire to be. Watch the inspiring documentary! Link is in the bio ! #syp #sagarpagar #thevoice #entrepreneur #amrutafadnavis #director #producer #writer

Sagar, in his words, conveyed, “I discovered my streak in writing as I completed my film direction course and ventured into film making. Soon with that, my interests as a producer and a director grew as well. The industry has a lot to take from and so much that can be contributed to it. I aspire to make my own set of contributions, through my own vision. Now that I have taken many different leaps in life and landed safely, I am ready for a new leap, this time in Bollywood.”

The path is always there. It is we who have to walk on it with one strong expectation – "Don't have any expectations". #director #producer #writer #filmmaker #documentary #social #society #change #bestfilm #awardwinning #recognition #awards #grateful #gratitude #art #indiefestfilmawards

Sagar’s ideology is “Any thought to turn into reality needs a mechanism of Physics and Psychology.”