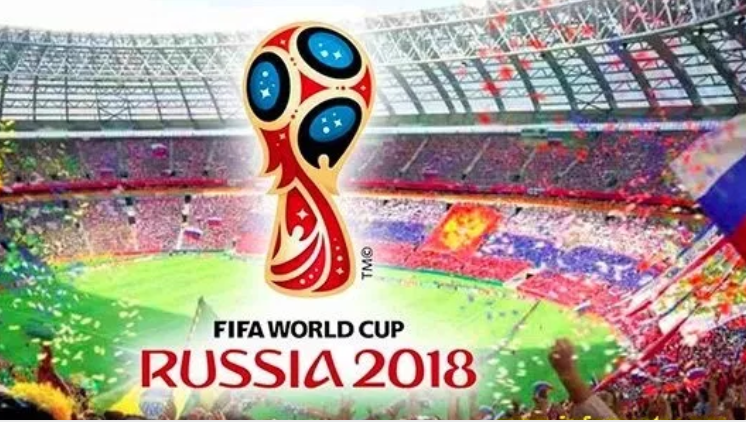 Football is the current talk of the town as FIFA World Cup 2018 is making its grand start from Thursday, June 14! Football fever has struck their fans in India and abroad too. Curtains will go up in Moscow stadium as Russia hosts the 2018 FIFA World Cup. Sony Ten 2 and Sony Ten 3 will telecast the 2018’s FIFA World Cup live matches in English and Hindi commentary.

The curtain for the opening ceremony will start 30-minutes before the first match between Russia and Saudi Arabia on Thursday, June 14. The opening match as well the last final match will be played in Moscow (Luzhniki). The FIFA 2018 World Cup stands as the 21st FIFA World Cup, held by FIFA Associations. Russia gained the hosting rights on December 2, 2010, to host FIFA from June 14 tip July 15, 2018. The winners of World Cup 2018 will be qualifying straightly for the 2021 FIFA Confederations Cup.

The final tournament for FIFA covers 32 national teams who will strive hard to win every match against their competitors. Total matches to be played are 64 in 12 different venues situated in 11 cities.

This time Panama and Iceland will make their first appearance felt at FIFA. Four-time champion Italy [for the 1st time since 1958] and three-time runner-up the Netherlands [for the 1st time since 2002] failed to make it to the qualification round. The other two notable teams, Ghana and Ivory Coast couldn’t qualify for this year’s FIFA World Cup, who had made through the previous three tournaments. The competition was extremely tough, but the top best 32 teams entered the qualifying process of FIFA World Cup 2018. The favorites to win the FIFA final are mostly Brazil, Germany, France, Spain, Argentina, and Portugal. But nothing can be predicted about in football matches as there will be a constant race till the very end among the 32 teams.

In comparison with previous editions of the tournament, the FIFA World Cup 2018 will have a slightly different format that the spectators will witness. The time, the ceremony will be even more grandeur as it will showcase musical acts along with colorful sparkles rising high to welcome the captains of the 32 best teams along with their teammates and the amazing audiences cheering for their favorite team’s entry on the field.

Half an hour before the match begins, the opening ceremony will take place. Host country celebrating the football will remain the same, just like in earlier tournaments. British singer Robbie Williams will perform at the opening ceremony of World Cup, alongside one of Russia’s most commended young voice, Aida Garifullina, as announced by the World Cup organizers. Robbie Williams tweeted, “Very excited to be returning to Russia to perform at the opening of the @FIFAWorldCup – tune in early on Thursday for an unforgettable show!” #WorldCup

Williams further conveyed, “Though I’ve performed a lot in my career, opening the FIFA World Cup to 80,000 football fans in a huge stadium and many millions across the world is a boyhood dream.”

Also, Brazilian soccer star and a two-time World Cup champion, Ronaldo, will be also present at the opening ceremony of FIFA.

The show will be produced by Russia’s Channel One. Its creative concept will be developed by Felix Mikhailov who is directing the major ceremonies all through the journey of FIFA World Cup 2018. The new format introduced this time for the opening and closing ceremonies of FIFA World Cup will surely be appreciated by everyone. The beautiful FIFA show will be focusing on football and love, as conveyed by Mikhailov.

All the football lovers, be ready tomorrow evening for the opening ceremony, followed by first match Russia Vs Saudi Arabia! This year’s FIFA World Cup is set to surprise you with a higher level of excitement as all the 32 teams will exhibit their excellent kicks and goals on the field. Among the 32, 16 teams will make it to the next round, beginning from June 30, followed by 8 winning teams to Quarter-finals, followed by 4 winning teams into the Semi-finals, and finally, the winner of SF1 and winner of SF2 will face each other in finals.