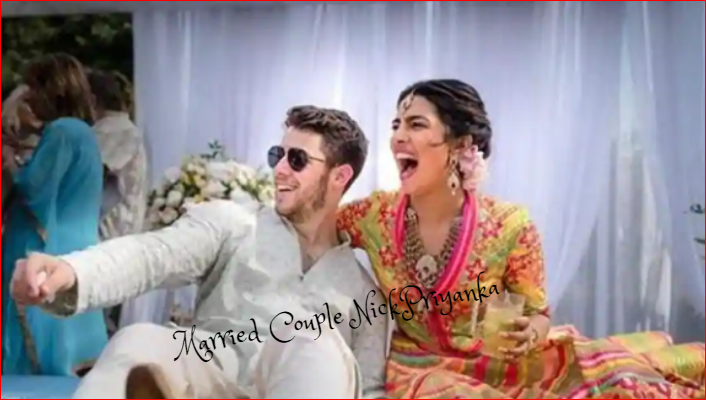 The gorgeous Bollywood superstar Priyanka Chopra and Texan singer-songwriter Nick Jonas are officially wedded couple. They got married on Saturday, 1st December at Jodhpur’s Umaid Bhavan Palace before their family and friends. Their Christian Marriage was held on 1st December and their traditional Hindu ceremony on 2nd December.

Priyanka Chopra dated each other for a year. Four months ago, they got engaged in Mumbai, known as Roka ceremony. Nick Jonas visited with his family then to Priyanka’s home in Mumbai. Recently they both confirmed about their wedding on their receptive social media accounts. Nick Jonas and their family arrived in Mumbai and the couple flew to Udaipur.

The mehndi and sangeet ceremony of Priyanka and Nick took place on 29th November which was followed by a cocktail party on 30th November. Their Haldi ceremony took place on Saturday, 1st December followed by Christina wedding at Umaid Bhavan (Rajasthan). The couple’s traditional Hindu wedding is on Sunday, 2nd December. Priyanka chooses to wear Abu Jani and Sandeep Khosla’s outfits for her wedding.

The white wedding or the Christian wedding was organized on Umaid Bhavan lawn where the theme was white and gold. Priyanka Chopra was looking beautiful in her bridal gown. In fact, Priyanka, Nick, and their respective families wore outfits designed by world-famous designer Ralph Lauren. The Christian wedding was officiated by Priyanka’s father-in-law Paul Kevin Jonas. It was a great moment for the couple #Nickyanka!

For the couple’s Hindu traditional wedding that took place at Jodhpur’s Umaid Bhavan on 2nd December, Nick and Priyanka chose Sabyasachi outfits. Priyanka adorned a pretty red lehenga designed by Sabyasachi as she posed merrily with Jonas and Chopra family.

A day after their wedding, Priyanka and Nick hosted a reception party in New Delhi on 4th December. Priyanka beautified herself in a white chikankari lehenga for her reception. The couple also invited Prime Minister Narendra Modi to their wedding reception as he came to shower his blessings and gave the bride a flower.

Priyanka got back to work soon after her wedding. She has taken a break to holiday in Oman with hubby Nick Jonas. She shared an Instagram pic of their vacation.

Priyanka and Nick’s Second Reception in Mumbai on 19th December

Priyanka Chopra and Nick Jonas hosted their second wedding reception at JW Marriot hotel for their families and friends in Mumbai on Wednesday, 19th December. Priyanka looked superb in Sabyasachi’s royal blue-colored off-shoulder lehenga along with diamond jewelry, whereas Nick looked elegant in a tuxedo.

The couple’s last and final reception took place at the ballroom of Taj Lands’ End, Mumbai on Friday, 20th December.

Priyanka Chopra, 36, and Nick Jonas, 26, started dating during May 2017 around the time of Met Gala. Priyanka moved to the US for acting as she became a part in the TV series Quantico and film roles in Ventilator, Baywatch and A Kid Like Jake.

Nick Jonas was part of a band along with his brothers Joe and Kevin and got a big following on the Disney Channel through films like Camp Rock. Since then, he has gone solo, with hits including Levels, Jealous and Chains, and was a mentor alongside Demi Lovato on The X Factor.