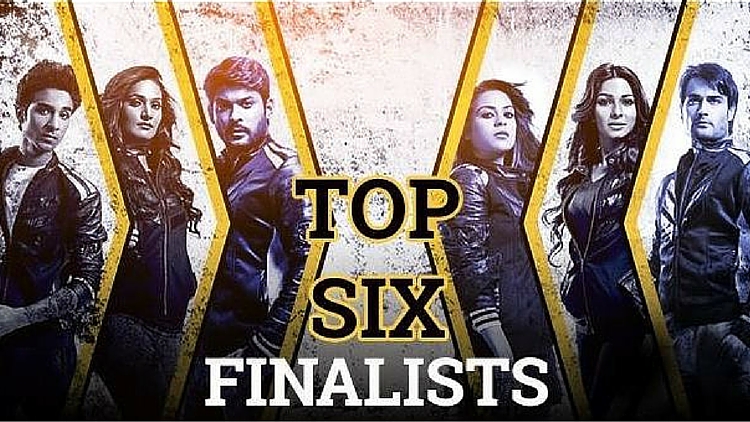 Season 7 of Khatron Ke Khiladi– Kabhi Peeda, Kabhi Keeda in Argentina was pretty exciting to watch as all the contestants had given their best in the tough challenges thrown to them. Arjun Kapoor has been a great host of this season who has produced lots of humor and fun to the contestants and audiences. Firstly it started off with two teams; then turned to individual fight against each other to remain in the game.

The stage is all set for the grand finale competition taking place on Saturday 2nd April, and Sunday 3rd April on Colors channel. The final six Khiladis- Siddharth Shukla, Mukti Mohan, Raghav Juyal, Sana Saeed, Tanisha Mukherji, and Vivian Dsena are ready and fully enthusiastic to enter into the arena for their final challenge, where one contestant will be crowed the winner of season 7-  Khatron Ke Khiladi— Kabhi Peeda, Kabhi Keeda, presented by Tata Motors and powered by Red Chief Shoes. The finalists will perform on yet more fierce challenge this week.

In today’s episode, actors like Karishma Tanna, Mouni Roy, Radhika Madan, Arjun Bijlani, Surbhi Jyoti, and Rishabh Sinha, dare to succeed in the challenges given to them, what their buddies have achieved in the last few months.

Khatron Ke Khiladi will have Bollywood actress Kareena Kapoor come on the show to promo ‘Ki and Ka’. She along with Arjun Kapoor will make the boys chop onions and also dance on high-heeled shoes.

According to host Arjun Kapoor, “What began as an uphill trek into an unknown area, has now become an exciting journey of all-round discovery! From emotional upheavals, as the contestants faced their deep fears, to complete determination, this season of Khatron ke Khiladi has been a wonderful experience. Whatever we’ve accomplished collectively is highly tremendous. It’s been my first outing on television as a host, and I am eagerly waiting to do it again.”

Comedian Bharti Singh entertains the contestants and viewers with her humors. She made fun of them by pulling their legs and cracking jokes.

All you guys and girls- don’t miss to watch this weekend finale week of Khatron Ke Khiladi— Kabhi Peeda, Kabhi Keeda, Season 7 sharp at 9 PM, Saturday and Sunday on Colors! All the best to the six finalists, and May the best one win! You’ll be updated soon about this season’s winner!

Quick Updates on the Winner of KKK Season 7

Arjun Kapoor gave a new challenge on Sunday to the 6 contestants: Siddharth Shukla Vs Vivian Dsena, Raghav Juyal Vs Mukti Mohan,  and Sana Saeed Vs Tanisha Mukherji, where 3 losing constants will go home and 3 will be the top contenders. Thus, Siddharth, Mukti and Sana became the top 3 contenders winning that challenge. After the final fight full of danger stunts that was to be performed by Mukti, Siddharth, and Sana, the contestants with host Arjun Kapoor returned back to India from Argentina.

Lastly, Arjun gave the top 3 a small peeda with last stunt Lock and Key. Among the 3 who were locked in chains with many keys attached to it, only Siddharth could open his chain with one of his keys, and ran towards Arjun to press the buzzer. Hence Siddarth Shukla was announced the winner of KKK7 by Arjun Kapoor. He was certainly a strong contender throughout the show.

This season of Khatron Ke Khiladi— Kabhi Peeda, Kabhi Keeda has been extraordinary with toughest stunts accomplished by every contestant in Argentina. You people have to wait for the next year for yet another exciting season of KKK!